I’ve had a busy couple of months. Let me condense and synopsize:

Got my car back and it’s been running great (until Monday); landlord fixed my heating (yay!); I lost 25 pounds (I’m wearing a pants size and t-shirts that haven’t been out of my closet since High School); oh, AND I GOT A GIRLFRIEND.

She’s a gorgeous, Amazonian (5’10″!) blonde who goes by the name of Emily, and she’s one of the kindest people I’ve ever met. She’s also the reason I haven’t been updating. I realize that this sounds like I’m shifting blame and she’s probably taken aback by this statement, but if you’ll all stay calm and continue reading, I’ll explain.

I’ve been single for 25 years – that’s a quarter of a century, and for me, an entire lifetime. I’ve never had to look out for anyone except myself: anything I put on the Internet had the potential to embarrass a grand total of 1 person, maybe 2 (hi mom!). Thus, since I removed the embarrassment center in my brain right around the time that I learned I could shove two recorders in my nose and play “Mary Had a Little Lamb” and make people laugh, there is very little that I wouldn’t expose to the world.

This is no longer the case. My little sister, always sensitive to the fact that I have the potential for great idiocy, pulled me aside and warned me “don’t put your entire relationship on the Internet.” Sage advice, grasshopper.

Emily and I have been hanging out a lot, especially this last week when she had Spring Break.

So we met at a church thing in December, right? That right there is awesome. It was this huge group at a museum, and we all kind of wandered around, doing whatever we wanted whenever we wanted, exploring at our leisure.

Towards the end of the day, the majority of the group wanted to go and see something that a minority of us had already seen. After they left, we the minority decided to go and check out the petting zoo across the lake. This group consisted of six people: two couples, myself, and this really friendly blonde girl. The couples paired off, and because human beings are pack hunters, the blonde and I paired off as well and began the trek around the pond.

We started at the museum, and were attempting to get to the Petting Zoo on the opposite side of the pond that, for some reason, looks like a peanut in my mind. This may be a fabrication. The red line is the path that any sane person would think to install to get from Point A to Point B. This is what it was REALLY like:

What? We’re looping? Why are we looping?

Unnecessarily long and winding is what I’m getting at. Is that coming across? Anyway. It was a bit of a hike. Were it not, y’know, December, it would have been more enjoyable, but it was December, so it wasn’t more enjoyable. And along the way, I began to talk to this nice blonde girl. I bought and shared some petting zoo food and we fed some Zedonks and bantered about a white peacock. Good times.

When we were done, and since it was getting colder, we determined that a shorter route back around the pond would be preferable, so we headed in the other direction: it must be shorter, right?

Even longer. Neither of us had coats since we’d been inside all day. The sun was setting, and it was getting really friggin’ cold. So, I offered her my fedora. (Yeah, I was wearing a fedora.) Most of your body heat exits your head, right? It’s already been established on this blog that it takes a lot to make me cold, and in this situation my chivalry kicked in.

I’d like it to be known right now that I had no ulterior motives here: there was no intention of holding the potential for warmth hostage in order to get her number, or attempting to ingratiate myself when she’s in a frozen, mind-numbed state and her defenses are down. All I saw was a girl who was cold and I had the ability to do something about it.

What surprised me was when she accepted.

I’ve been in similar situations with women before: be it cold, or they’re carrying something heavy, whatever, I’ve been around and they’ve been uncomfortable and I can do something about it, and they’d rather be uncomfortable than accept my help. Does wonders for your self esteem, that.

So now I’m walking with a girl wearing my hat, and she kept on wearing it for the next two hours, long after we finally finished our expedition, and on through a multitude of conversation topics (including Doctor Who and The Real McKenzies, which really threw me when she actually knew who that was and it was a point of excitement, not annoyance on her part).

It surprised me to learn that she also already knew who I was: she was a friend of my sister’s! I, of course, didn’t remember her for the exact same reason: they were hanging out when I was in High School, and Emily would have been in, what, 6th grade? 7th? She’s probably tired of this comparison, but it works for me so I’ll use it til she tells me to stop, but she might as well have been a kitten. I think it would have been worse if I HAD remembered her, honestly.

But now, 5 years in age difference is much less worrisome. In fact, according to my father, it’s necessary: he took me aside and said that because I’m me (take that as you will), the sliding scale of matching male-to-female maturity levels would have had me dating someone illegally if I’d gotten a girlfriend much earlier.

Basically, my pops was telling me that I’m about as mature as someone 4/5ths my age should be. That mostly only stings because it’s true.

So we kept in touch. I took her out for Chinese before her Christmas break ended, then I went to her college to see her, then she came back to see me (and, y’know, the rest of her family, but this is my blog they aren’t important right now), and so on.

Finally, it’s Valentine’s Day. I go up to see her, we get food, see a live jazz band, eat a small bag made of chocolate and filled with berries and cake, it’s a good time. As I’m about to leave, I turn to her and say “I’ve been telling people that I’m coming up here to see my girlfriend, but I haven’t really asked you how you feel about that. What do you think?” She kind of smiles, then nods, then speaks something to the affirmative that I don’t quite remember because she didn’t laugh at me and that’s always a good sign and I was way too happy to actually listen.

So our “anniversary” is Valentine’s Day. If I were smarter, you’d almost think I planned that. 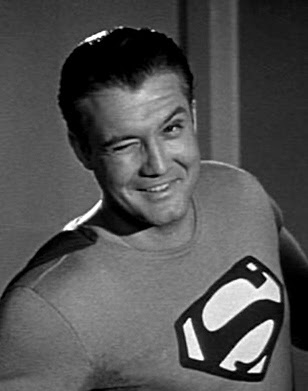 So as of yesterday, we’ve been together for exactly one month. Lots of texting, pages of Facebook messages, meeting her parents, her meeting mine, and one fantastic week of hanging out at my place eating the best cake in the world… I’ve determined that I’m quite fond of this girl. So, apparently, is the Internet:

This girl is easily the most popular decision I’ve ever made.

So, there you have it: I’ve been distracted, and anything that I think might be noteworthy I can easily imagine being incredibly boring to anyone else (“OMG we totally held hands!”). So, you’re welcome for not boring you.

The ladies at work find the entire thing fascinating, by the way. I’ve given up being made uncomfortable by the new game we play, “Stuff That’s Older Than Tony’s Girlfriend”.

Here’s one. Only by a week, though.

Tweet
This entry was posted in Uncategorized. Bookmark the permalink.